This guide will help you removing CM from your phone

by Jakaria Tiaz
in How to
0

Do you want to know how to remove the CM launcher from your phone? This post will explain all the methods of accomplishing this feat to you. 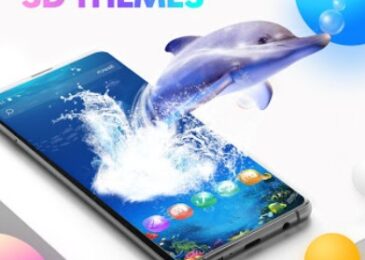 So, let’s cut to the chase…

Tutorial on How Do I Remove CM Launcher from My Phone

In the first method, we will show you how to uninstall the CM launcher the easiest way. Here are the steps…

For most android phones, this method should work. However, if your app drawer is locked, then you will not be able to uninstall any app this way. Rather, you must unlock the app drawer in the first place. Then you can follow the steps above.

Also, for some android phones, just pressing and holding on to the app logo will not bring out the uninstall button. Rather, you will have to go to the app drawer first. Then, swipe your finger from the left edge of the screen to right across the screen.

Then a few options will appear. From there select the ‘Uninstall’ button. And then you will be able to choose the app you want to uninstall from the app drawer. So if the above-mentioned steps don’t work for you, then you should try this method.

Method #2 Uninstall from the App Settings

Another way to install an app on your android phone is from the App settings. In this method, we will talk about this.

In this method, you should be able to uninstall any type of app including launchers. Also, you can check the app information as well. Depending on the model of your phone, a few steps of this method might slightly be different. But you should understand that and be able to follow the method of uninstalling the CM launcher from your phone.

To do that, you will only need to go to the App Drawer. Then you should tap and hold on to the CM launcher logo for a few seconds. After that, simply tap on the ‘Uninstall’ or the ‘X’ icon. Then finally, you need to confirm the uninstallation by tapping on the ‘Confirm’ or ‘Uninstall’, or ‘OK’ button on the popup.

If you have read the post above, you should be able to uninstall the CM launcher from your phone. A 3rd-party launcher is a very easy way to give your android smartphone a fresh look. You can download and install any launchers from the Play Store. And you can use them on your phone right away. However, you will not use the same launcher forever.

So you might want to remove some launchers from you sometimes. In this post, we have shared multiple methods of removing the CM launcher from your android smartphone. As a matter of fact, by following these methods, you will be able to uninstall any other launchers as well.

So if you have found this post helpful, then you can share this with others. And, if you have any further questions or suggestions, you can let us know in the comments section!

How to Download Full Korean Dramas Legally and Safely

Weighing between Samsung Galaxy S6 Edge Plus vs. S8 Plus? Then this post is for you. Samsung is one of...

Xiaomi Redmi Note 7 In Nigeria: Unboxing Pictures, Specs And Where to Buy